The Hon’ble High Court of Delhi has directed Social Media Platforms like 脸书, Google, its subsidiary YouTube, and 推特 to remove, block or disable the links to a video containing defamatory allegations against Yoga Guru Swami Ramdev on a global basis. Hon’ble Justice Pratibha M. Singh held that the mere ‘geo-blocking’ or disabling the access to the defamatory content for the viewers based in India will not suffice. Unless there is a takedown globally, the users residing in India can gain access to it by some other means.

The Defendants after the passing of interim order earlier this year readily agreed to remove the offending URL and weblink from the Indian domain. Taking the plea under Section 79 of the Information Technology Act, 2000 that they are mere intermediaries, they claimed their roles to be that of passive intermediaries and hence are bound to follow the due diligence required under the law. However, the defendants wanted to take time before making their submissions on the ‘global blocking’ issue.

The term ‘access’ has been broadly defined under section 2(a) of the Information Technology Act, 2000 and means “gaining entry into, instructing or communicating with the logical, arithmetical, or memory function resources of a computer, computer system or computer network.” Therefore, the Hon’ble Court was of the view that the mere blocking of URLs for the users in India with the offending material continuing to reside globally, access will not be fully disabled.

In the 86th Paragraph of the Judgment, the Court has discussed Section 75 of the IT Act wherein it states about the extraterritorial application to offenses or contraventions committed outside India, so long as the computer system or network is located in India.

The Hon’ble High Court had on September 29, 2018, restrained the publisher and author of the book, “Godman from Tycoon” from publishing it till the offending portions were removed. In the present judgment, Hon’ble Justice Singh noted that the offending video and the written transcript of the book gives the impression that Swami Ramdev has been involved in various murders, financial irregularities, misuse of animal parts, etc. Thus, the content of the video is actually a paraphrasing of the content of the book which was directed to be removed from the book holding it defamatory. The video which is derived from the book has 表面相 similarity with the book and is hence defamatory.

The Hon’ble Court directed the Defendants to take down, remove/block, disable access to the video on a global basis, to all such videos/weblinks/ URLs which were uploaded from IP Addresses within India.

Copy of the Judgment can be accessed 这里. 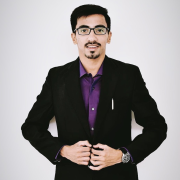